The Starting XI: A Speaker Series

Hosted by WorldStrides' own Eric McAleer, a former Scottish national team schoolboy player, the Starting XI will feature some of the biggest and best names in the soccer world, including current and former Premier League managers, NCAA DI coaches, National team coaches, former national-team players, and media personalities from some of the biggest leagues in the world.

WorldStrides Sports is the leading provider of once-in-a lifetime international travel experiences for North American players of all ages and ability levels. Since 1998, more than 15,000 players, coaches, parents, and family members have traveled to compete on a WorldStrides Sports trip. Currently, we work with many of the top NCAA, ODP, club and high school teams in the country providing unparalleled international soccer travel experiences for their programs.

We are delighted to be able to tap into our global network and bring this unique learning opportunity to the community. The series will hit on topics like leadership, culture, and player development. Listeners will have unprecedented access to our guests' game experiences and lessons learned over their successful careers. We hope you can join us on this journey.

Due to the sensitive nature of these conversations, video recordings will be password protected. To receive the video link and password, please complete the form on this page. 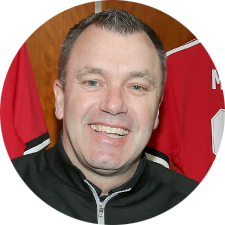 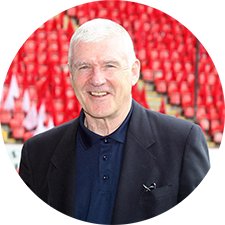 Following a 31-year soccer coaching career that included 369 wins and a national championship with Notre Dame in 2013, Bobby Clark retired as one of the most decorated college coaches of all time. After stops at Dartmouth, and Stanford, Clark turned the Fighting Irish into one of the major powerhouses in the men's DI game as they produced 27 MLS Draft Picks. Prior to beginning his coaching career, he had a decorated and distinguished career back in Scotland after appearing 425 times in goal for Aberdeen and being a part of the Scotland squad for the 1978 FIFA World Cup. Up until 2009, Bobby held the record for not conceding a goal in consecutive matches as he went 1,115 minutes between goals in 1970-1971. He also has an impressive coaching tree with several former assistants in head coaching positions while his son, Jamie, is the head coach at the University of Washington, and daughter Jennifer leads the Claremont-Mudd program in California. 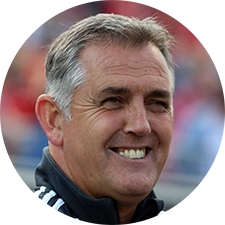 Born and bred in the Gorbals area of Glasgow, Scotland, Owen Coyle rose to prominence as a high-scoring striker for Dumbarton, Clydebank, and Airdrie before Bolton Wanderers paid £250,000 for him in 1993. While making 54 appearances for the club and scoring 12 goals, Coyle helped the team back to the top-flight of English football after a 15-year exile. Spells back in Scotland with clubs like Dundee United, Motherwell, Dunfermline, and Ross County followed before Owen made the jump into management. Initially working as a player-coach with Falkirk, United, and Airdrie alongside his long-time assistant Sandy Stewart, Coyle became the manager of St. Johnstone in April of 2005. A highly successful run in Perth (which included reaching the Semi-Final of both major cup competitions in 2006) led to a move to Burnley FC in November 2007 where Coyle led the club to the Premier League in 2009 via the Championship Play-Off. Owen would go on to manage Bolton, Wigan, and Blackburn in England, Ross County in Scotland, and the Houston Dynamo in the MLS. Currently, he is the head coach of Chennaiyin FC in India. 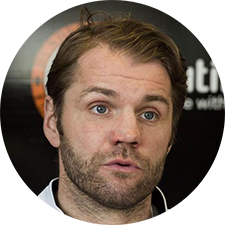 Having missed out on promotion to the Scottish Premier League after a play-off loss to St. Mirren at the end of the 2018-2019 season, Robbie Neilson and Dundee United rebounded to run away with the Scottish Championship title in 2019-2020. This marked the second time that Neilson had achieved such a feat after leading Hearts to the same achievement back in 2014-2015. The following season, Neilson steered the Jam Tarts to a third-place finish and a place in the following season’s UEFA Europa League. Robbie had a two-year stint managing Milton Keynes Dons in England before his return to Scotland and the Dundee United manager's job. Following a long-playing career which included 200 appearances for Hearts and spells with Leicester City and Brentford, the Paisley, Scotland, native ended his career playing for Dundee United and Falkirk. Robbie represented Scotland at the Under-21 and full national team levels.

The North American Scottish Coaches Association (NASCA) was formed 5 years ago to help connect Scottish Football coaches with a greater network of Scottish coaches across North America. Their goal, is to create networking and professional development opportunities for the 300 strong members in the US and Canada.

To receive the link and password to view this private series, please complete the form on this page.